The Maltese Archipelago is situated at the very centre of the Mediterranean Sea. It is made of five main Islands, the largest being Malta, its sister island Gozo, the smaller and right in between island of Comino and its calf Cominotto and last but not least the Island of Filfla. The Archipelago is roughly south south east of the Italian Island of Sicily some 62 miles point to point and approximately 200 miles north of the Libyan and Tunisian coasts.

The Islands have been inhabited since pre-history, testimony to this are the many stone temples and megaliths dotted around the Islands most pre-dating Stonehenge in the UK. Being Islands and strategically located at that, the Maltese Islands have been inhabited, invaded, ruled and governed by a multitude of nations including the Phoenicians, Carthaginians, the Arabs, Romans, the Knights of St. John, the French and Napoleon himself, the British who were asked by the local Maltese to kick Napoleon out and finally self rule when Malta ceased to be part of the British Empire. Megaliths, medieval dungeons and Calypso’s Cave – The Maltese Islands are positively mythic. The narrow meandering streets of their towns and villages are crowded with Renaissance cathedrals and Baroque palaces. As the countryside is dotted with the oldest known human structures in the world, the Islands have rightly been described as an open-air museum.

With a total population of 400,000 inhabitants over an area of 316sq km and a coastline of 196.8km (not including 56.01 km for the island of Gozo). Malta is the largest island and the cultural, commercial and administrative centre. Gozo is the second largest island and is more rural, characterised by fishing, tourism, crafts and agriculture while Comino is largely uninhabited.

With superbly sunny weather, expansive rock and sand beaches, hotels ranging from 2 star to 5 star luxury names like Hilton, Radisson SAS, Intercontinental etc, a thriving nightlife and 7,000 years of intriguing history, there is a great deal to see and do. With a little help from any guidebook, captivating places of interest are immediately identified – the world famous Hypogeum selected as a place of World Heritage by UNESCO, prehistoric temples and grand palaces are but a few. The long relationship between the Islanders and the various nationalities that occupied Malta over the centuries has created a marriage of styles and traditions and a veritable Maritime History, giving the Islands a fascinating and colourful culture as well as the heart warming and welcoming nature of the Maltese.

The Maltese are a multi-lingual nation, the main languages spoken are Maltese and English with Italian, German and French coming in close thirds. Electricity is 240 Volts / 50Hz. Cars drive on the left side of the road. Its currency is the Euro and Malta is part of the European Union therefore some nations require a visa to come to Malta.

Now a days, Malta has established itself as a major area role player in the fields of finance and off shore banking and IT, Internet and casino gaming as well as a reputable base and maritime flag of registration. The yachting industry is alive and very active too due to a large measure of the Island’s strategic location, its natural harbours and a very active Malta Tourism Authority and Malta Maritime Authority. Malta has over five main marinas catering for the yachtsman as well as countless less controlled inlets and harbours.

Malta is served by a myriad of International airlines like British Airways, Lufthansa, Alitalia, Easy Jet, Emirates and Ryan Air to name but a few as well as it own national airline Air Malta connecting one and all to all major cities in Europe and the World. Malta embarked on the Mediterranean Cruise Liner circuit some 5 years ago now and is fast becoming an avid and veritable destination to this sector of the overall tourist industry.

In all some 1.5 million tourists visit Malta yearly, some sixty thousand of whom are in fact qualified scuba divers on holiday. No surprise here as the Maltese waters are crystal clear all the year round with the visibility rarely dropping below 20 meters and sea temperatures ranging from13 Deg C during January to 25 Deg C in August. The Scuba Diving sector is very ably serviced by the ample and easy access dive sites around the Maltese Islands ranging from recreational shore diving within walking distance from hotels to off shore boat and deep diving onto many a second world war aircraft and ship wreck found dotted around the coast. Reef, Wall and Cave diving is second to none and extremely easy to dive into even at average deep diving depths of 60 to 70 meters as proved by the ever growing Technical Diving fraternity on the Island. All gas mixes are available from the many industrial suppliers providing quality Air, Nitrox, Trimix and Heliox mixes to the highest standards.

We will be more than happy to answer any queries you may have. 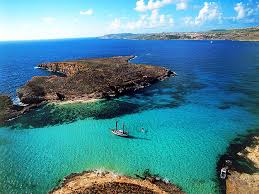 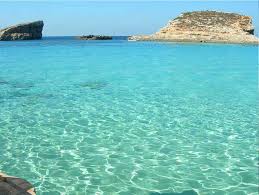 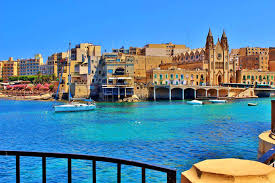 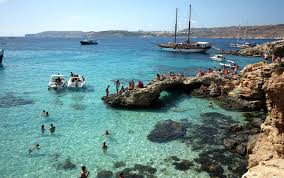 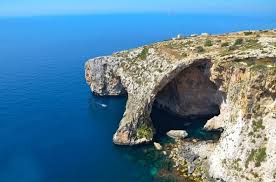